“Folklore speaks to all ages and right into the soul of humanity.”

Love of fantasy is embedded in human mind which is always open to wonder. Coming down to us through the early folklore and fairytales, fantasy plays a great role in forming a deep and lasting impression on young minds.

The genesis of such tales can be traced back to tradition of oral stories told by wandering storytellers. Such stories, which were passed on from mouth to mouth for long years without being written down ever, fascinated the children for centuries and kept their imagination alive.

The moral lessons that are skilfully woven into the textures of the ancient folklore and fairytales ennoble the children who readily imbibe the values that appeal directly to their heart. The stories remain in their memory along with their deep underlying moral streak, even when kids grow up.

Such is the power of folklore and fairytales.

Welcome to the penultimate exclusive interview with Dipa Sanatani where she talks about the concept of folklore and fairytales that inspired her to take up that theme and meticulously imbue it in her debut novel “The Little Light”.

As a teacher herself, Dipa Sanatani realised that the only way to make young people understand the world out there is by telling them stories with social, moral and ethical values. Folklore and fairytales can fire one’s imagination and speak to all ages right into the soul of humanity.

Her desire to write something that will be loved and enjoyed by both young and adult alike, inspired Dipa Sanatani to weave the elements of the ancient folklore and fairytales into her book “The Little Light”. For she believes that these are timeless tales that capture the depths of human experience and appeals to everyone irrespective of their age.

And this brings us to the topic of our interview with Dipa Sanatani: “Telling Old Stories: Folklore and Fairytales.”

Read on to discover the author’s intimacy with the theme brought out through the style of her anecdotal narration.

“There is no such thing as ‘Once upon a time’. It is always our time. These stories are ours and they are timeless.”

Q. Your book “The Little Light” draws inspiration from fairytales and folklore. What is it about these stories that so attracts you?

A: As a kid, I remember this sense of wonderment whenever a teacher opened a large picture book and started narrating a story. Suddenly, a whole class of boisterous children would grow quiet and listen intently.

When I became a teacher a few decades later, my students responded to me the same way. They would gather around, sit down and behave. And even if they’d heard the story countless times before, they still wanted to hear it again!

I think it’s why we humans still gather and watch TV together in the evenings after a day at work. I believe it fires some primal part of the brain from when we used to tell folklore by the campfire.

Q. Can you tell us a bit about how you worked in the fairytales elements into the story of “The Little Light”?

A: It was years of working with children and young people that groomed me to tell stories in this way. Don’t bother telling them ‘I told you so’ or ‘You have to listen to me because I’m your teacher’. They won’t listen. How can you make a child understand the world? You tell a story…

“For a story to engage with an audience, it will have to fire our imagination.”

Q. What made you choose the fairytales or folklore as one of the themes?

A: I wanted to write a story that would feel both young and old. Something that both children and adults would enjoy. The only way I could do that was to write simply and at the same time capture the depth of the human experience.

That’s what good folklore does. It speaks to all ages and right into the soul of humanity.

Q. Is there any particular fairytale story that inspires you or are you inspired by the whole concept of these stories?

A: It’s the whole concept. Fairytales have a moral embedded within the story. Despite what people think, it’s not just a story.

For example, in The Little Red Riding Hood, it’s don’t trust strangers. In Cinderella, the premise of the story is centred around jealousy and power dynamics in a family. In The Tortoise and the Hare, it’s about not being arrogant about your abilities because a slow and steady tortoise will win the race.

“The brighter the light, the darker the shadow.” –The Little Light by Dipa Sanatani

Q. What are the ethics of writing a novel themed on fairytales?

A: I think writers need to be mindful of how they communicate with younger audiences. I think it’s not so much the themes themselves, but how it is told.

For instance, I don’t think it’s ethical to portray unnecessary violence. Some movies have fight scenes that last for ten minutes for no good reason at all. At the same time, it’s also unrealistic to pretend that violence doesn’t exist in our world.

Q. Do you consider fairytales as a symbol for understanding our world?

A: Oh yes. No matter how fanciful and faraway it may seem, a story is only relevant to an audience if it can capture a nugget of wisdom that its readers can comprehend.

“Nothing is ever truly lost.” –The Little Light by Dipa Sanatani

Q. Do you have a favourite fairytale character to which you can relate yourself?

At its heart, the Lion King is a coming-of-age story about a young cub that had a lot to learn about the world before he could take his rightful place as the king. 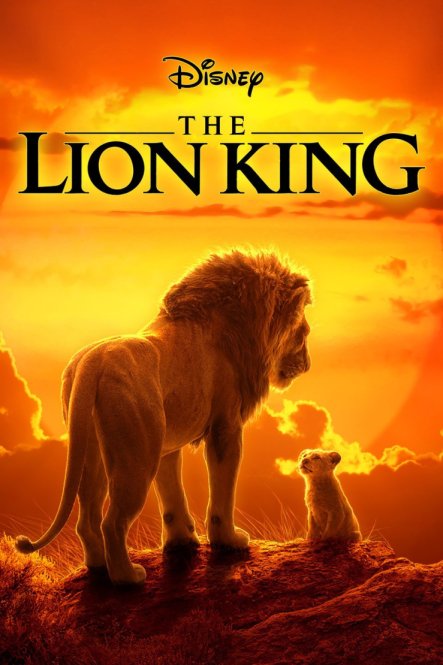 “Humans are fond of chasing illusions.” –The Little Light by Dipa Sanatani

A: I think fairytales inevitably have elements of the society in which they were created, but I don’t think they reflect it.

A story like The Lion King is still enjoyed by modern audiences because it is a timeless story. Yes, it’s set in Africa. And yes, it is about a lion and a cub. It doesn’t need to be changed to reflect our society because it is a story about a parent and a child.

We can tinker with the details so that it reflects our modern era and includes gender and racial diversity.

But the heart of the story will still be the same.

Q. With the changing age, don’t you think we require retellings of certain fairytales or even creating new ones to sync more with the modern world?

A: I think the medium will change, but not the message. We no longer tell stories by the campfire. We have Netflix and YouTube for that… and god knows how many other services competing to capture our attention.

But for a story to engage with an audience, it will still have to do the same thing we did by the campfire. It will have to fire our imagination.

When I saw the Lion King remake this year, I was in awe of the graphics and scenery. It was a far more riveting experience than watching it as a cartoon.

But has the story changed? Not at all.

Q. What is it that gets children excited about fairytales even today in this modern world?

A: There is no such thing as ‘Once upon a time’. It is always our time. These stories are ours and they are timeless.

“Readers find a part of themselves in the writer’s story. That’s how the writer and reader connect with each other.”

“It’s not so much the themes themselves, but how it is told.”

Hailing from the city of joy, Kolkata, Sanchari Das is currently pursuing her masters in English just for the love of the subject after successfully completing her creative writing course and also doing a job as a part-time content writer. She has contributed to multiple anthologies besides publishing her book of poetry, “Leisure“, along with her debut novel, “Not Just a Love Story“. She aspires to become a great author someday and inspire millions of readers through her writing. Presently, she is a part of a writing community named “Scribbled Feels”. She loves writing articles, book reviews, travelogues and interviews on her blog. Apart from reading and writing, she also loves to paint, dance and travel, and feels an intimate connection with music.

By The Sanatan Chronicle

View all of The Sanatan Chronicle's posts.