The Hindu Goddess Kali Ma, is religiously worshipped all over India. In a country where goddesses are portrayed as benevolent and loving, Kali Ma is definitely an exception. Since my childhood, I always wondered about Kali Ma’s appearance. Eventually, my curious mind sought out many fascinating stories related to the Goddess Kali. I have selected a few stories from the Pandora’s box of fables to reflect upon the personality of a violent goddess with a tender heart.

The story that tries to explain her origin and appearance involves Lord Shiva and Goddess Parvati.

Once upon a time, there existed a notorious demon Daruka who wreaked havoc on earth. All the gods were helpless as the demon had been granted a boon due to which he could only be killed by a female. To tame the beast, Lord Shiva sought Parvati Ma’s help. This is when Parvati Ma merged with Lord Shiva and reappeared as Kali Ma in order to destroy the devil and his allies. Kali Ma devoured all the devils to quench her thirst.

However, while fighting the buffalo demon Maheshasur, warrior Goddess Durga became so enraged that her anger burst out of her forehead in the form of Kali Ma. Once the black goddess appeared, she started devouring all the demons that came in her way. She weaved the decapitated heads on a chain and wore this chain as a necklace.

At the end of both the incidents, after slaying the demons, Kali Ma’s blood thirst went out of control. She became unstoppable as she went on a rampage, consuming everything and everyone. Not only were the demons horrified, but the gods were worried, too. Her carnage came to an end only when Lord Shiva lay down at her feet and pacified the angry goddess. One of her most famous portraits is one where Lord Shiva is lying at her feet.

It is never Kali who tames Shiva, but Shiva who must calm Kali. 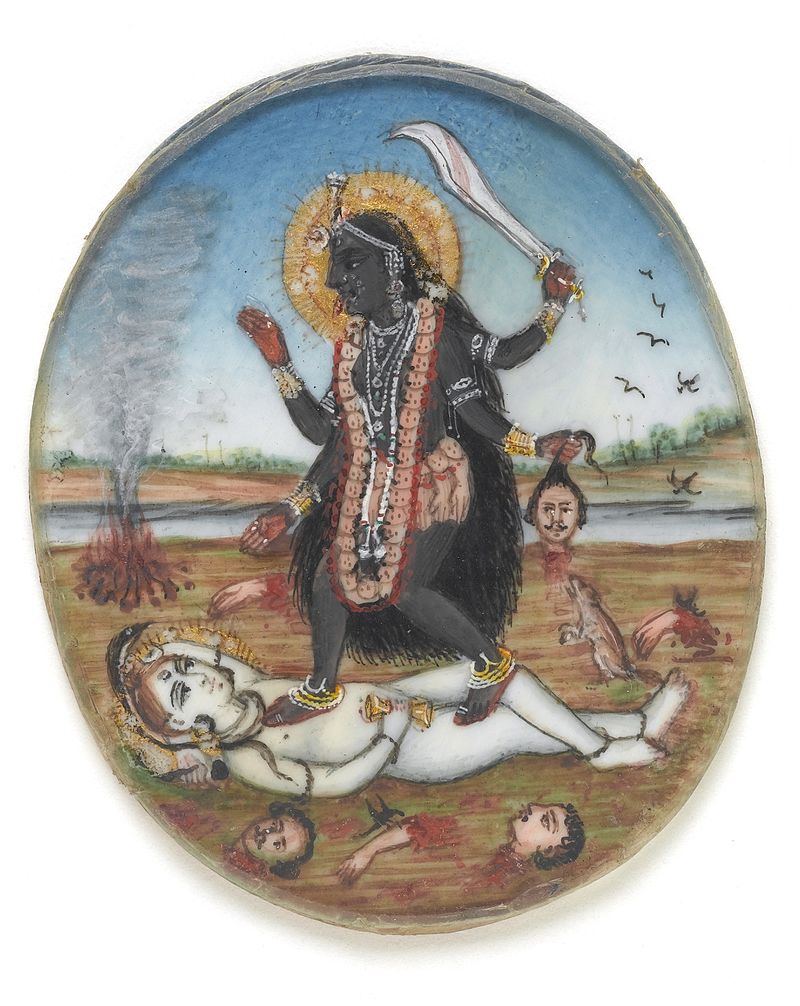 In these stories, Kali Ma is portrayed as a fearsome goddess with untameable strength. Her appearance a beckoning of anger and violence. Her complexion is dark blue with a lolling blood-coloured tongue and she wears a garland of human heads. She devours the blood of nefarious beings in order to rescue her children from their devil’s evil motives.

Yes, you read it right, she does all this for us, her children.

Kalighat in Kolkata, West Bengal is one of the most famous temples dedicated to the Goddess. The name Calcutta–the official name of Kolkata until 2001–is said to be derived from Kalighata itself. Every year, the City of Joy floods with innumerable devotees from all over the world to witness the glory of Maa Kali.

This temple is a treasure trove of divine stories. One such story talks about Ramakrishna Paramhansa, fondly known as the child of Kali Ma. Ramakrishna Paramhansa was considered a divine person who is widely known for his generosity and intellect even today. After being appointed as the priest of Kalighata Temple, he devoted himself completely to worship Kali Ma. He had a simple belief—if anyone wants the love of a mother, he or she has to love her as a child, “Not as a disciple or a sage, but as a child only you can love a mother.”

In one of his prayers to the Goddess, he says:

“I have taken refuge in Thou My Mother Kali.

Teach Me what to do and what to say.

Thy Will is paramount everywhere and is for the good of Thy children.

Merge My will in Thy Will and make Me Thy instrument O Mother.” 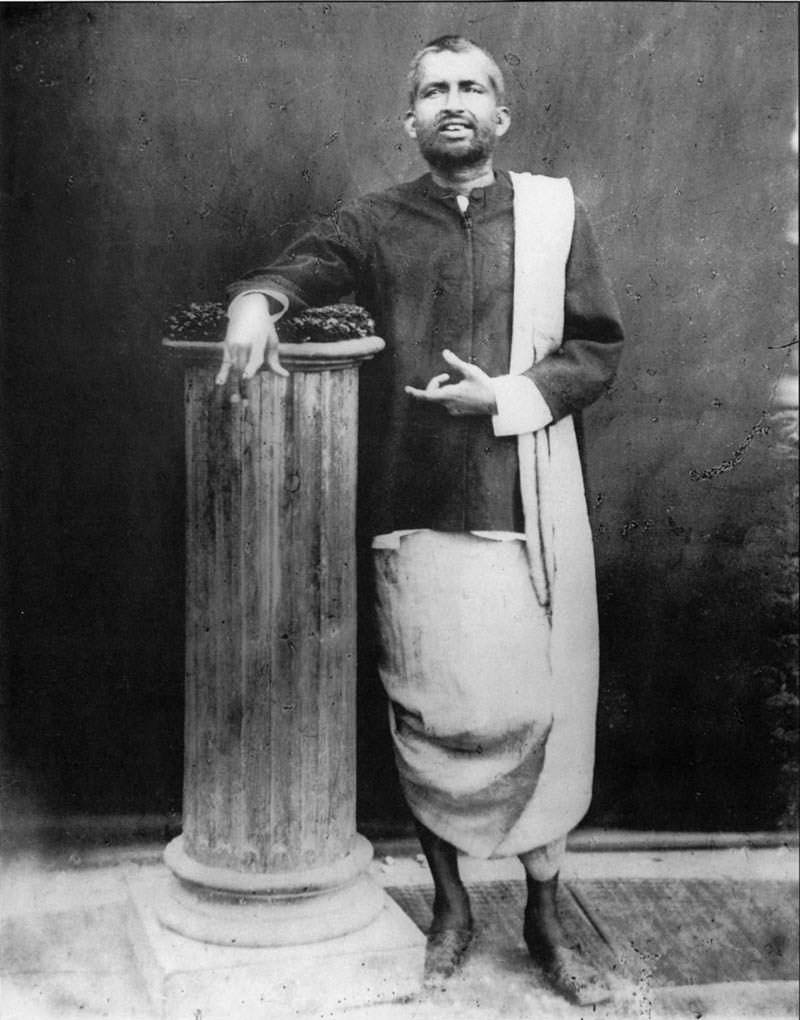 He acted like a small child in front of the Goddess. He cried profusely whenever he missed her. He also sang and danced with joy to express his devotion. His love for Kali Ma was pure and selfless. This love was often misconstrued by the people around him. But Kali Ma never stopped showering his son with all her motherly love. She would listen to his worries, guide him to help others, eat food from his hands, and at times scold him too.

Like our own supermoms, Kali Ma also played a beautiful and vital role in shaping her child’s personality. Maybe that’s why the man’s devotion to humanity was impeccable. Unlike his contemporaries who spoke of liberation as the ultimate goal, he would talk about taking birth again and again–in any form–just to serve even one human life.

Kali Ma loved her child immensely and held his hand whenever he was in need. Don’t we all agree that the one person who never leaves our side, no matter what, is our mother?

Gradually in life, I have read several stories that enthralled me because of their beauty and profoundness. But the stories describing the beautiful bond between Kali Ma and her son are special in a way that can’t be weaved into words. They signify that if you love someone selflessly and unconditionally, then that love is beyond the astral limitations.

It also reminds us that there is nothing more tender than the love of a mother. If her children are in jeopardy, a sweet-natured, loving mother becomes Kali Ma to devour the blood of the perpetrators.

Udita Nayak is a bibliophile who wants to explore the world and pen down all her adventures. She has an inclination towards things that have artistic significance. She strongly believes in the power of ripple effect and dreams of publishing her own book in future. During the day, she works in consulting.

One thought on “Kali Ma | An Exceptional Goddess”